The word ‘Tesla’ is more famous for the Tesla Motorcars rather than the Nikola Tesla himself. And the credit for all this fame goes to the Tesla CEO himself, Elon Musk. With his great knowledge of engineering and design, the unquestionable skills of management and thirst for the new inventions for the betterment of mankind have given rise to a few companies. Tesla motors are one of them.

Although the brand has launched more than a decade old with its first-generation Tesla Roadster, it is recently that the brand has got major attention with its consumer pocket-friendly electric cars. While the Model S and Model 3 might fit the description, I just gave. The Tesla Model X is definitely not the one who would share the garage with Honda Civic and Prius. 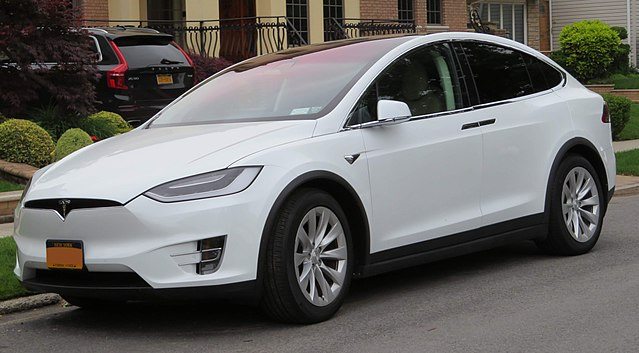 2017 Tesla Model X msrp starts at about 80 grand and goes well up over a 100 grand with all the extra options. Although there is a P60 trim of the Model X, which is priced at a lower price, with some restrictions like a lower range per charge. See it as like the carrier locked smartphones at a slightly lower price. Others trim options offered are the 70D and 75D as the base model, 90D over the base trim level, the 100D and P100D as the top trim levels available.

The Tesla Model X is no gas guzzler. Dual motor power train spins its tires and is an AWD SUV. In normal models, you get the 259-horsepower dual motor, for the front and rear tires. But when you opt for a performance model, the motor for the rear tires gets a massive upgrade from 259 horsepower to 503 horsepower. That brings the total horsepower of the from 518hp to 762hp. By now, you might have guessed why this car comes with a heavy price sticker. The Model X is capable of doing a 0-60 mph in a little over 4 seconds.

You can also to activate the battery draining Ludicrous mode, which is a standard feature in the P100D and other performance models. That additional features will make your Model X do 0-60 mph in just 2.9 seconds and 0-62 in 3.1 seconds. And the gas pedal (or should I call it the electric pedal?) is even more addictive than the nicotine. On a 25mph cruise, even just a little push of pedal will make this car do 60mph in a snap. This instant energy from those electric motors makes this car one of the fastest on the planet. And I can literally count those cars on my fingers, which are faster than the Model X P100D.

You get all this adrenaline rush for 100 grand, but what about the comfort? Model X comes with 5 seats as standard and with an option to add two extra seats, making it a 7-seater SUV. Seats are the fabric covered with the optional leather seats. Legroom and headroom in the first two rows are more than enough.

The flat floor, courtesy of those lithium-ion batteries, makes it even more comfortable to sit in the middle seat of the second row. In the third row, you get two seats at most, and both the people sitting on those seats get a well enough shoulder area, headroom, and legroom. On the dashboard, there is a massive touch screen that controls everything. That is literally as big as a TV, back in old days.

Even the driver’s display is nice too with options that are easy to look at. And for the pedals, you just have two. One for the acceleration, another for the break. No clutch, no gear, just single automatic transmission. This makes the Model X one of the easiest cars to drive, even with all that monstrous power.

With the features to beat the dust out of the gas guzzler supercars, we think the price is justified. But it is an electric car after all and all these electrons won’t please the one with gasoline in their veins. Electric cars are efficient and are the clear choice for the cars of the future, which are fast, efficient and dead silent. The Falcon wings, Christmas mode, and autonomous driving are surely some very impressive things about this car, but those doors and some software features won’t justify the high windows sticker price of Model X.

3 good cars that failed to capitalize in the US

4 Reasons You Should Use i-Cloud

5 Things You MUST Know Before Guest Blogging